“If India can transition to a clean energy economy, the results will be cheaper, cleaner, and more reliable energy.”

Today’s discussion is the pressing issue of climate change, with a special focus on India. There can be no denying that climate change is one of the biggest challenges humankind faces. Melting ice in the Arctic and rising sea levels threatening the Pacific islands are just two of the visible effects of this crisis. The worldwide increase in extreme weather, natural disasters like wind storms, flooding, droughts, crop failures, and wildfires are making it clear that inaction is not an option. Human and economic costs are already being felt. These can be expected to increase to staggering numbers if we fail to reduce the emissions driving climate change like carbon dioxide, etc. Despite the grim picture this paints, these negative outcomes are not inevitable. It is important to understand that industries and governments have options at their disposal to counteract the trend. Too much pessimism can lead to people simply giving up.

We have the pleasure and honor of welcoming a leading international expert on this issue, Ken Berlin. He is the President and CEO of the US-based Climate Reality Project. I request Ken to talk about the goals of the Climate Reality Project and what it is currently doing in India. “Our mission is to build support for addressing climate change around the world,” Ken relates. “We do that so that the politics of this issue are favorable enough so we can address this major transformation we have to make in our economies to address climate change. The people who graduate with us become what we call ‘climate reality leaders’. We now have 11 offices outside the United States that work on this issue with our climate reality leaders. We’ve trained about 30,000 people to date because of the virtual environment we’re in now. Last year we trained about a thousand teachers. We also work with schools to make them greener, to install solar panels. We also handle projects. We have a tree-planting project. We have a project designed to work on water conservation, to train people in rainwater harvesting. We also work on more basic policy programs. We will continue to be involved in COVID relief efforts, even though it’s not directly related to our work but it’s a critical issue for everyone.”

Why is it so important globally and also, in India to end pollution from fossil fuels, I wondered and asked Ken to elaborate. “We look at climate change as an existential threat to people, other species, and the environment at large,” Ken explained. “If you think about it, climate change is not just a question of the air becoming warmer. What climate change means is heavy storms, rising sea levels, droughts, floods, wildfires, acidifying oceans, and fundamental disruption in the sensitive planetary rhythms on which human society has developed. Climate change is a result of the generation of greenhouse gases and carbon dioxide, which’s done all around the world. In India, you can see the impact of climate change on people and the environment. Last year, for example, the deadliest natural disaster in the world was probably the monsoon flooding in India. It killed over 1900 people, and it caused seven and a half-billion dollars in damages. The cyclone Amphan also brought devastation to India and Bangladesh. It caused about 15 billion dollars in damages.”

What will the transition from a fossil fuel-based economy to a renewable energy economy look like? How did he think India was going to do this? “To address climate change, many things have to be done,” Ken points out. “But there are three or four things primarily that have to be done. The first is, of course, we have to start building our ability to generate energy from renewable and clean resources. Secondly, while we build up our renewable energy generation capabilities, we have to start reducing our dependence on fossil fuels. In the case of energy generation, particularly coal, India has now about 206 gigawatts of coal production capacity and it’s the third-largest in the world. The issue here is that instead of beginning to ramp down the amount of energy using coal, India is increasing the amount of coal generation. We have to start lowering the coal as we increase the generation of renewable energy. The third issue is electric cars. The final issue is looking at our natural resources. We need to make sure that our forests are capturing CO2 emissions. The soil can capture a lot of emissions. It’s important that those systems not be degraded or bent.”

Did he think India should stop building coal plants? Isn’t that contrary to what the US did as it developed its economy? “The economics of this issue has fundamentally changed. It’s going to benefit India’s economy by developing and using renewable energy rather than fossil fuels. The US can go first. India can follow. India can take steps first that are slower. It can transition its economy more slowly and more easily and carefully. We’re not saying, for example, India should close all those coal plants today, but building new ones is, I think economically something that’s very questionable at this point.”

How can the US and India work together to achieve this transition to green energy? Why is this cooperation so important? “The Climate Crisis is a worldwide crisis,” says Ken. “What we have to do is, by the year 2050, we have to have on a worldwide basis, net-zero emissions of fossil fuels. No country generates enough emissions to do this on its own. We have to have the countries of the world work together on this. The United States is the second-largest generator, and India is the third-largest generator, so obviously they have to play a role in this. There’s a differential responsibility that we can work out between countries.”

As we concluded our talk, I asked Ken what would be his message to India on climate change, and he replied, “If India can transition to a clean energy economy, the results will be cheaper, cleaner, and more reliable energy. It will benefit the economy, it will create millions of jobs, it will make India more competitive in the world. You’ll be protecting yourselves, you’ll be protecting your children and, you’ll be ending pollution in the country. I think India will benefit from it. India’s got great ability. It’s got a great education system. It’s got great technology. I think India can do that very successfully.” 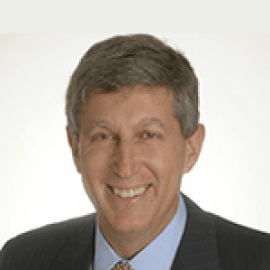 President and CEO at The Climate Reality Project

“If India can transition to a clean energy economy, the results will be cheaper, cleaner, and more reliable...
Read More

“India is going to lead the 21st century.” “The potential for Artificial Intelligence is around US $883 million by...
Read More