“When I see this young generation, the one thing which I see in them is they don’t have any baggage, they are open to discourse. They’re open to new ideas.”

“We were the children of the poor, but our children are of the well-to-do people. There’s a big difference. They are comfortable. So, therefore, they can take chances in life.”

As the pandemic has made painfully clear, we need to think beyond national boundaries. World bodies like the United Nations, World Health Organization, World Bank, NATO, and WTO were created in response to the horrors and hardships of World War Two. There was a shared sense of urgency, the need to rebuild and make our world a safer place. As we emerge from the pandemic crisis, we have a similar opportunity. These are some of the ideas put forward in the recent book, ‘Redesign The World: A Global Call to Action’. It was my great honor, privilege and personal pleasure to welcome its author, Sam Pitroda as a guest on India Power Talk.

When I asked Sam Pitroda what inspired him to write the book, he replied, “I realized that the world was last designed just about the time I was born. That design was led by a handful of people in the US and a few European countries (post the world war). That design gave birth to a lot of things including increasing longevity, decreasing infant mortality, etc., But that design hasn’t completely eliminated poverty, hunger, and violence. We need a new design… I think we need to take care of the planet first. The Corona crisis tells me that we must really redesign the world. This is a good time to rethink, reevaluate, repurpose, reposition. And as a result, I go back to the original design that was done 80 years ago. And I’m asking questions. Is the World Bank relevant? Do we need new institutions? And that led me to write this book.”

Elaborating on his concept of redesigning the world, Sam added, “The five pillars of the design were democracy, human rights, capitalism, consumption, and military. The starting point is to begin a new global conversation. The second requirement is to have change agents. And then we need leadership at G7 or G20. To say, hey, we need to have a conversation on redesign. So it has to come from the bottom and also from the top down.”

Sam was the architect of the telecom revolution in India. He reminisces, “I was born and raised in a small little tribal village in Orissa. India gave me the opportunity to get a Masters in Physics for less than $10 because education was almost free. India empowered me. I came to America in 1964 and have been here for 56-57 years. I got an opportunity to work in Rajiv Gandhi’s time when we had two million telephones in India, for 650 million people. Today, we are a nation of a connected billion. We have 1.2 billion phones. In addition, we generate $200 billion worth of software service exports, every year, year after year. Because during Mrs. Indira Gandhi’s time, I was given an opportunity to make a presentation to her in which I said IT and telecom will change the face of India. This was 1980. The Prime Minister believed in this idea and backed me up. We set up a centre for development of telematics to focus on training a large number of young Indians, engineers, scientists coming out of IITs and other good universities. And when Mrs. Gandhi died, Rajiv Gandhi became prime minister. And he really gave meaning to my life. I realized that rather than being just an engineer, here is an opportunity to help build a nation. So we worked on IT, telecom software, computers, technology, missions for literacy, immunization, cooking oil, bringing water, and milk production. We planted seeds. And today we are benefiting from those seeds. You must remember that polio got eradicated in India only because there was a mission on immunization in Rajiv Gandhi’s time. In the 80s, we did not make any vaccines. Today, we are the largest producer of vaccines in the world. Today, we are the largest producer of milk in the world. It didn’t happen overnight. It took three-four decades, but somebody had to have the vision and somebody had to plant the seeds. So you needed political will, that came from the Prime Minister, domain expertise that came from people like me, and a lot of young Indian talent, Indian entrepreneurs, Indian policymakers, and young engineers from IIT and other institutions, they made it happen. So the credit goes to a large number of people. Nation-building is not like building a company. Company building is very simple. Nation-building is a very complex process. And it requires people who want to sacrifice. If you look at our independence moment, everyone who was engaged in that never asked what was in it for me.”

What would he first redesign in India if given an opportunity today? “If I have to redesign India today, I would first and foremost focus on strengthening our democracy,” replied Sam. “I would decentralize everything. To strengthen democracy, you need independent institutions. You need a scientific mindset. And you also need civil society. We must be seriously concerned with the current brain drain in India. We have to improve the education system in India.”

What did he think of the situation of Indian women and what needs to be redesigned to truly empower the women of India? “Each one of us will have to respect women. They must be given equal opportunity,” replied Sam.

I recollect a conversation I had with Sam in Chicago and he said Gandhiji is more relevant today than he was pre-independence. When I asked him to elaborate on this, Sam replied, “Gandhiji means different things to different people. To me, Gandhiji is an idea, a philosophy, a way of life. Truth, trust, love, inclusion, diversity, dignity, respect, democracy, decentralization, human rights, justice – all these things, to me, make Guardian thought. I think the world today needs Gandhi also from the viewpoint of nonviolence.”

What would be the first act of action that he would wish people would take to begin redesigning the world? “You have to redesign yourself. That would be a great starting point. Because you have control over it. You may not have control over other things. Say I will be inclusive. If I worry about human needs, I will conserve. If I worry about the environment and sustainability, I would promote economy, that is from the bottom up. And I’ll be nonviolent. We need Gandhian leaders like Mandela, Martin Luther King, because they believed in sacrifice. They didn’t believe in self-satisfaction like today’s leaders.”

So did he feel disappointed, I ask. Promptly Sam replied, “No, I’m not disappointed. At the end of the day, the world has come a long way. The fact that I’m alive at 80… How could I be disappointed?”

What’s the greatest hope when you talk about redesigning the world? “I see a lot of hope. I see the power of technology to really improve productivity and efficiency in food and other things. I see the energy of the young. I see Hope to think differently. I see the power of communication to connect people from all over the world in a very different way. That was never possible before. When I see this young generation, the one thing which I see in them is they don’t have any baggage, they are open to discourse. They’re open to new ideas, which was not the case in the 60s and 70s. People were biased, people were insecure. This young generation is fairly secure. That’s one very positive thing. We were the children of the poor, but our children are of the well to do people. There’s a big difference. Okay, we had to survive. Absolutely. But now they are comfortable. So, therefore, they can take chances in life.” 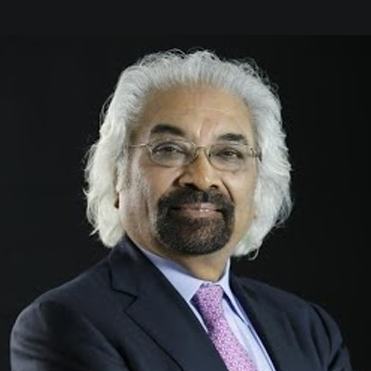 Quotes “India's time to be a global leader particularly on economic issues is arriving and maybe in some ways has...
Read More