“The locus of innovation is moving from the West to developing countries where you’ve got a young motivated population.”

“Technology is accelerating exponentially and governments and regulators are struggling to catch up.”

“Universities themselves need to innovate and change from the old-style bricks and mortar and go digital.”

“In the technology field, there are opportunities for women to really be able to shine.”

“India is one of the top 10 countries where the proportion of adults holding cryptocurrencies is the highest.”

“People are now able to earn money and put food on the table through playing games and trading NFTs.”

The term impact investment refers to investment in projects and enterprises that seek to make a difference in the world, and today we will explore this topic which is at the intersection of technology and the betterment of society, namely Future Technologies and Impact Investments.

I recently spoke to Dr Jane Thomason, who is a CEO and Founder from Australia, with a strong track record of international leadership in the areas of healthcare and social services, and who is extraordinarily well-qualified to shed light on the subject. All of Dr Thomason’s work has been around social impact. Her company works mainly with emerging economies to help them strengthen their health care systems and education systems and to empower women. She feels that if this is done on the basis of charitable or philanthropic donations or government grants, you don’t build anything sustainable. “One of the things about impact investing is it’s investing in a traditional sense but you’re not just investing for shareholder return, you’re investing for a social impact that you define. Our current economic system doesn’t look after people and the planet. It’s really all about shareholder returns,” she opined.

When I asked her what her current three top focal points for impact investments were, she replied, “Let’s start with healthcare. What the pandemic has taught us is that we can change and we can do things digitally. Earlier the medical profession was conservative and they were risk-averse. They didn’t want to change. The pandemic has forced that kind of change. Whether it’s remote care or secure data sharing, or even payments where people can’t use cash anymore. Secondly, digital payments have become much more important with education and communication. Lastly, decentralized finance is seeing some extraordinary innovations that are going to be able to make a big difference to financial inclusion in particular. India is one of the top 10 countries where the proportion of adults holding cryptocurrencies is the highest. People are now able to earn money and put food on the table through playing games and trading NFTs.”

The capitalist economic system, especially as it has developed since 1970, has been keenly focused on shareholder value rather than on the well-being of society and the environment. Economic growth continues to concentrate capital in the hands of few. How could impact investment change this, I asked Dr Jane. “It has to change,” she replied, “If we incentivize people to focus on climate change, we can actually secure our neighbourhood. That is going to be a battle royale. We’re witnessing that already in the area of blockchain. We started to see people dismiss blockchain, in the beginning, saying that it was just a bunch of anti-government libertarians and it would never last but we’re now at the point where institutional investors are wanting to invest in digital assets, are looking at the ways that it can be used not just in the speculative cryptocurrencies but in the tokenization of real estate and in the tokenization of rare metals and new currencies backed by gold. So there’s a lot of innovation going on in decentralized finance that effectively does what the traditional finance system does but without intermediaries. Institutional investors are investing and central banks are investigating digital currencies. China has already launched its digital Yuan. This is here to stay and it’s going to unseat the traditional financial system. These blockchain token ecosystems can incentivize the kind of behaviour that we want. I’m hoping that we can use it to incentivize for example around carbon credits and climate change and regenerative agriculture. Regulators have gotten very excited in a lot of countries and they’re trying to figure out how to regulate it. So different countries have responded in different ways but I predict that in time we’re going to have to sort out how we can utilize these new technologies to make the world a better place.”

What role can any regulator or government agencies play in making this a reality? “Technology is accelerating exponentially and governments and regulators are struggling to catch up. So I think we’re going to see the locus of innovation moving to some extent from the West to developing countries where you’ve got this young motivated population who can do things, who can change things using technology.”

How did she see countries like India catching on to these technologies? “Education is absolutely critical but universities themselves need to innovate and change from the old-style bricks and mortar and go digital,” she replies. “You can teach through video and gamification. Like teaching people how to code so that they get developer skills that they can actually sell into the gig economy and earn money. Some of the companies that are building the technology are setting up foundations to teach people about how to use the technology. We’re moving into a skills-based economy so we need to prepare our young people not so much that they have a four-year university degree in accounting or business but that they have skills that they can sell now to companies who want those skills. Also, technology’s moving at the speed of light, and technologists are not necessarily thinking about the consequences of what they’re doing or the ethics of it. That’s where universities can play a role as an independent third party who can look at this and who can say that was terrific but it had some unexpected consequences there. And now if you’re building algorithms that are making decisions about whether people should get bank loans or not, you have to think about this because you can ruin people’s lives simply by one small decision that the algorithm is making.”

Could she comment on the specific technologies she felt merited greater impact investments and why? “It’s hard to pick any specific technologies,” Dr Thomason replied. “Blockchain in a sense is going to be an infrastructure layer but there’s going to be AI and NAI’s obviously becoming increasingly important. Technologies are all going to come together. There’s talk that by 2050 we’re going to have this sort of convergence of humans and machines where they seamlessly work together with machines to do things that they can do faster and better than us. When they have sustainable solutions, they’re the ones that we should be investing in and they’re the ones that we should be trying to get to scale.”

How can we reconcile the right of data privacy and ownership with the need for global health care statistics? “Blockchain has really been lauded for secure data transfer in a very private way. Now there’s talk about you owning your own health data and giving permission to other people to access it only when you want to. And maybe make your health data into an investment where you can also choose to sell your data set to people who would like to use it for medical research for example.”

How can India draw benefits from these technologies, I asked Dr Jane. “When I went to Chattisgarh, I saw how the government was planning to give cheap mobile phones to people who were living in trees so that they could access government services. Another great project that I’m following is helping farmers with their insurance for the loss of crops. There are also quite a number of projects that are trying to help the farmers get a better deal. Digitally spreading financial inclusion will give better access to the financial system so that farmers are not subject to loan sharks. The incredible thing about India is your opportunity to scale things cheaply and widely. You have such high mobile penetration that this really becomes a potential. Voice activation can get the bottom billion connected to knowledge, the internet and the opportunity to be able to access things that have been so far out of their reach. You already have the corporate social responsibility law where your biggest corporations need to give a proportion of their earnings back to social impact projects. It is a massive opportunity for the government to harness digital inclusion to build things for the poor in India and for young people. If you can code, if you can build, you can be at home, and you don’t have to leave India and go and live in another country.”

Did Dr Thomason have any advice for a young Indian woman setting out on a career path? “I want to encourage the young women to have a dream and to go for it,” she advises. “Cultural issues may be challenging in India, but nevertheless you have some extraordinary Indian women role models. In the technology field, there are opportunities for women to really be able to shine. It takes courage and it also takes a willingness not to take a setback as a failure and understand that it’s a learning opportunity. Women can support other women because often women lack confidence.” 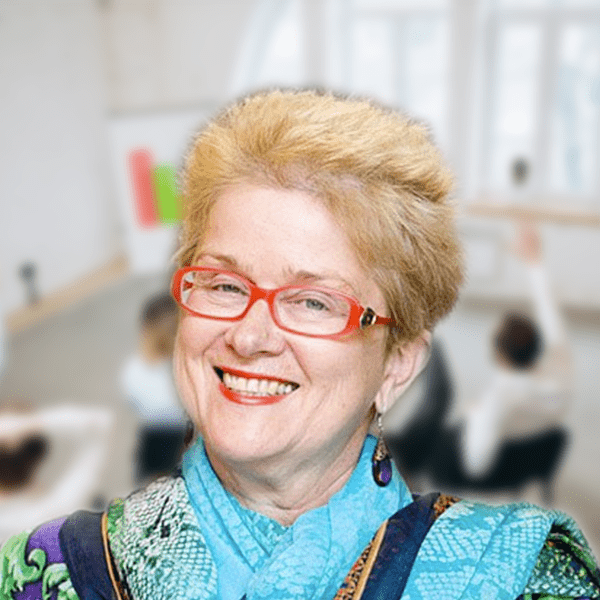