“What we need is the ease of doing business. India has made some efforts but it’s not enough.”

“German companies over the last few decades have been active when there was a dire need in India, whether it was the earthquake in Bhuj or the tsunami or other calamities.”

“The insurance industry, with franchise partners, with the dealers, we’re talking about more than 500,000 people being employed by German companies which make them one of the largest foreign employers in India.”

While Germany and India have been business partners for decades, their cultural similarities have strengthened ties over the years. However, there is still plenty of room for improvement in collaborative ties. Although India has made efforts as far as ease of doing business in the country is concerned, many German companies are still finding it tough to enter the market in spite of being keen to come to India. Here’s taking a look at what has worked for the two countries and what can be done to take things forward at a faster pace…

Today’s topic is Indo-German Business Cooperation, and it was my pleasure to invite a highly qualified guest to speak about the current initiatives and future plans of Indo-German commerce, Mr Bernhard Steinrücke, former Director-General of the Indo-German Chamber of Commerce (IGCC).

When I asked him how he became interested in working in India specifically, Mr Bernhard replied, “My first interest in the country was more or less by accident. It was in 1993. I was the Director-General of Deutsche Bank in Sri Lanka and I got a call from my boss in Singapore saying we need someone in India. Would you be interested, I was asked. I told him I have never been to India. He said you have to decide now. So I said okay I will do it.”

What are some of the favourite projects of the IGCC right now, I asked him. “I would say at the moment one of the highlights is an initiative by the Chamber to make member companies work together on their corona activities,” he answered. “So SAP has developed a special IT system for coordinating efforts. German companies over the last few decades have been active when there was a dire need in India, whether it was the earthquake in Bhuj or the tsunami or other calamities, German companies were always there to help.”

How has Indo-German commerce grown over the years, I questioned him. “Today in Pune we have more than 300 German companies,” he revealed. “Besides partnering on many business and cultural fairs, the two countries established a strategic partnership and started the inter-governmental consultations where the German Chancellor and the Indian Prime Minister meet every two years with their cabinet members to discuss the state of affairs and to discuss their strategic partnership. This development really gave a boost to Indo-German relations not only for trade and investment but also for employment. For instance, in the insurance industry, along with franchise partners and dealers, we’re talking about more than 500,000 people being employed by German companies which makes them one of the largest foreign employers in India. Today most of the German companies in India are run by highly qualified Indian CEOs and we have so many Indians as board members of the largest German companies.”

Where did he see room for further improvement, and how could we develop a more collaborative atmosphere, I asked him. “The room for improvement is vast because India is still one of the big growth markets in the world,” said Mr Steinrücke. “Names like Siemens, Bosch and others are household names in India and also interestingly enough there are some 15 German companies that are listed in India. I see a lot of potential in the field of IT. SAP for instance has grown from 50 people in the 1990s to more than 15,000 direct employees and some 40,000 SAP experts in the Indian companies. There are large German chemical companies in India. BSF has invested heavily. A few years ago, they opened a development hub in Navi Mumbai where they invested 60 million euros. It’s one of the largest worldwide development hubs.”

Like India, Germany too has hundreds of mid-size and family-owned companies and many of them wish to do business in India. Could he dwell upon some of them as to their structure, their way of working and how did he see them working in India? “When you look at the sheer numbers, most of the German companies are still family-owned, so-called middle-stand, way beyond 90 per cent. One of the main differences I would say between the Indian and German family-owned companies is that many of the Indian companies are listed, while most of the German middle-stand companies are not listed. The latter believe in 100 per cent ownership and were able to fund their expansion over the years with their own resources.”

How could we fast forward the collaborations, I wonder, because I know for a fact that there are a lot of mid-sized German companies who are still hungry to come to the Indian market. “The German government started a new initiative for their approach towards Asia and it is an Indo-German roadmap or an Indo-Pacific roadmap where the German government has basically said that we have to look beyond China. And there certainly India has a strong role to play. What we also need is the ease of doing business and there also India has made some efforts but it’s not enough.”

Could he elaborate on the highly successful dual education system in Germany, which has helped the country tremendously? “In Germany, about 50 per cent of every school living generation goes through vocational training. But in India, the companies are saying why should we employ someone who we’re even supposed to teach? It is not an option. You have to skill them and this is what we as a Chamber have been propagating for the last 30 years. Skilling is one of the core elements of the German success story.”

What advice would he give to Indian and German businesses to avoid stumbling blocks? “Cultural ties are very strong and very close and this is also one of the reasons why Germans feel so comfortable in India and also why Indians feel so comfortable in Germany. The most dramatic development in the last 20 years that I spent in India was that the number of Indian students studying in Germany has skyrocketed. We should build on that.”

Once the pandemic recedes, and economies emerge from the hardship of the pandemic, international commerce will play a key role in recovery. How can we ensure that Indo-German commerce will have a maximum positive effect? “One thing is for sure, we need open markets. Without open markets there is no innovation, without open markets there’s also no competition. And we also know without competition, there’s no growth. We’ve seen it with the US and China conflict that when markets tend to close themselves it does not work.” 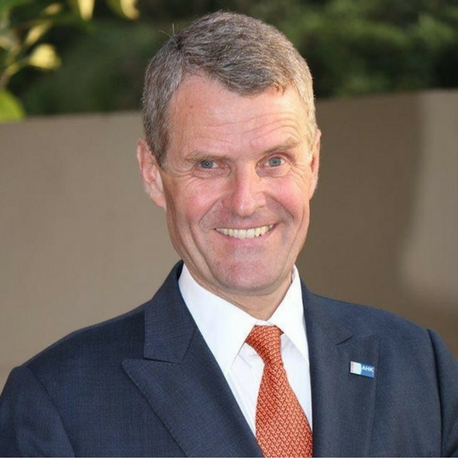 Quotes “We are supporting (India) in areas of malaria, child welfare, gender equality and development, innovation and...
Read More

“The pandemic has given us a chance to stop and reflect. It has made us re-evaluate what is absolutely necessary and...
Read More