The cultures are all about maximizing sales, maximizing revenue, maximizing profit and it really didn’t matter too much to some people where the corners were being cut and that it would ultimately be at the expense of the customer.

If there are people out there in India that have an interest in helping to fix the reform of the financial services sector, they should get in touch (with us).

If you’re going to build something, build it properly, build it on solid foundations with good ethics, good standards, good leadership. It will last a long time. It will make sustainable profits healthily with very very low risk.

Today, everyone is proclaiming the importance of transparency. It’s mentioned in the Wall Street Journal almost daily and we hear about it in every quarterly earnings of Fortune 500 companies. Governance or Transparency may be easy to explain. It could be even easier to articulate and are probably the most used phrases to write any vision or mission statement of any corporation or institution. But the most difficult task is to put the same in practice, and this is the only reason for the collapse of the best of the top organizations in the last few decades.

Andy Agathangelou, the founder of the Transparency Task Force, UK, which encourages the Financial Services sector to be transparent, truthful and trustworthy, reveals, “What we are doing is basically building an international institution that is dedicated to helping ensure that consumers around the world are being treated properly and fairly by the financial services sector.”

Andy has an interesting story about how it all began. “When I was in my early 20s, on three separate occasions I witnessed a conduct that was not very professional. I reported this in the appropriate way to the compliance officers… Unfortunately their response was that they really didn’t mind that much because it was making a lot of money… I gradually realized that this was happening because of the incentives and the pressures and the culture that was at play. The cultures were all about maximizing sales, maximizing revenue, maximizing profit and it really didn’t matter too much to some people  where the corners were being cut and that it would ultimately be at the expense of the customer.”

When Andy spoke out about the idea of improving governance, people came up to him volunteering to be part of this community. Gradually, the movement began spreading and soon it was not just restricted to the financial services sector but found resonance across the corporate world and also the other institutions and even governments. “I guess we’re doing a tremendous amount with regulators, with policy makers, with people in governments, with major trade bodies,” divulges Andy. “Not just in the UK but also overseas. In fact, last year as a result of meetings I had across Europe, North America, the Far East and Australia, we are creating TTF International and we even have TTF India getting off the ground now. So if there are people out there in India that have an interest in helping to fix the reform of the financial services sector, they should get in touch. But our primary focus is financial services – that’s where we are targeting our energies.”

Today, Andy is spearheading purposeful and reformatory change in the global financial ecosystem with over 2500 volunteer members around the world who are organized into subject-specific 14 subgroups. He is the publisher of the Transparency Times, an online magazine and has also written a book titled, Why We Must Rebuild Trustworthiness And Confidence In Financial Services And How We Can Do It.

“The book came about because of the reaction to the meetings I ran last year in Dublin, Amsterdam, London, Zurich, Brussels, Hong Kong, Singapore, Sydney, Melbourne, Washington DC, Boston and New York,” informs Andy. “What basically happened was that at the meetings I would be sharing my ideas but also people would be sharing their ideas and I started to realize that actually there were some brilliant thoughts and brilliant ideas. So it became quite natural to think about producing a book that would capture all of these ideas. We have 65 highly competent, highly credible individuals who have contributed thought-leadership essays for our book.”

Interestingly, according to Andy, the common thread running across all the commentators on governance is about recognizing that human beings will behave as human beings. “What I mean by that is this – if human beings are incentivized to try to generate the maximum benefit for themselves personally, we should not be surprised if they do that,” he explains. “If people are incentivized to cut corners, they will cut corners. If people are incentivized to take risks, they will take risks. This is ultimately what caused the global financial crisis as an example. So the theme running through the governance section of the book essentially says let’s be very honest with each other about what human nature is and what human nature does. Let’s be honest with each other that if we create weak governance frameworks, there will be a pressure and incentive – a tendency for people to put profit and self-gratification first and foremost. We therefore need to build robust, solid governance frameworks that make it difficult for people to do the wrong things.

Digital tools can help achieve transparency, efficiency and also accountability, I comment, and Andy agrees, “I really do believe that transparency is brilliantly supported by technology. Technology is a wonderful ally of transparency. What technology can do for example reporting through blockchain, what it can do is bring to the surface the truth. It can bring to the surface accurate, factual, evidence-based reporting about what is really going on. It can provide organizations with what amounts to dashboards so they can see the key functions in an organization and what is happening. So without a doubt I think there is a very very important existing but fast growing market for individuals and entrepreneurs who can develop fintech to help transparency come to the surface.”

What about the social impact financial transparency will bring especially in the underdeveloped or the developing countries, I wonder. “I think there is a tremendous opportunity for developing nations to leapfrog the mistakes that developed nations have made,” says Andy. “I think there is absolutely no reason why because of technology countries that are not as developed today can very quickly accelerate their progress towards transparency and the world of commerce. Transparency creates a more competitive open free market. It therefore enables all countries to compete more fairly. Countries that have an inherently lower cost base are therefore better positioned to compete on the world stage.”

On being asked what are the greatest challenges to good corporate governance with context to India, Andy answers, “I think that there are some weaknesses in the system worldwide, specifically the audit function. The audit function around the world is being questioned. Why is it that there have been so many major corporate collapses or major corporate scams, scandals, fraud, misconduct that apparently have happened under the watch of auditors? Because if you don’t have a good audit function, how can you trust what is being reported about those companies? And if you don’t have trust, you do not have confidence. If you don’t have confidence then why would you invest in a company that you’re not sure about? When I gave my talk last year about corporate governance at the CFA Institute event in November which took place in Pune, I had many conversations with people over coffee, over lunch breaks, etc., and the theme that kept coming up time and time again was that India seems to be impacted by fraud and corruption. It’s a problem for everybody in India because if an outside investing country wants to consider where in what parts of the world do we want to invest, they cannot be as confident about investing in a country that has a reputation for fraud, corruption, etc. Companies that are safe and sound are exactly the kind of companies that people want to invest in. Transparency, truthfulness and trustworthiness are all commercial virtues. If you’re going to build something, build it properly, build it on solid foundations with good ethics, good standards, good leadership. It will last a long time. It will make sustainable profits healthily with very very low risk.”

Globally there are billions of small, medium and start-up enterprises which includes around 6.5 million in India which will increase because of the pandemic. There are a lot of layoffs and people have lost jobs, so they will all join the bandwagon of start-ups or some kind of SME or MSME segment. These companies are hungry for capital and technology. “The harsh reality is this,” insists Andy, “Unless you’re particularly creative and unless you have found something new to take the market, it’s very likely that all of those aspiring entrepreneurs are going to be competing in competitive markets where, when all is said and done, the difference between their product and their competitor’s product is probably not very much, and the difference between their service and their competitive services is not very much either. So you then ask yourselves around what sorts of things can you truly differentiate. And you can differentiate in terms of the culture of the organization, you can differentiate in terms of the ethics and the integrity and the leadership and the authenticity and the governance and the vision and the belief within the organization.”

Andy talks about the two-tier board structure advocated by Dr Shan Turnbull from Australia. “To keep it very simple, one of the approaches is to have two groups of people running an organization,” says Andy, elaborating, “One group focusing on commercial priorities, in other words maximizing profit, making the business a success commercially, and the other group making sure that the organization is run within a very very tight governance framework – to keep it out of trouble, to make sure it doesn’t get fined, that it doesn’t produce bad products, bad services. Having these two groups working collaboratively creates the kind of balance that’s necessary and it becomes a naturally self-regulating mechanism. The tension between the two groups creates harmony and balance. If you take one of those groups away, it is very obvious that you will end up developing the kind of company that simply puts profit above everything else and ultimately pays a very big price for it.” 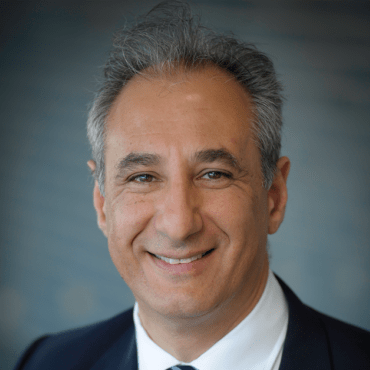 “Many founders of companies, even companies that have been successful, fall into the trap of not building management...
Read More

If you're an institution and you think it would be a great idea to be part of one of these global education networks...
Read More

Excerpts of India Power Talk with Phil Bohlender, CEO of Seed and Lead

Whether it's before COVID-19, during COVID-19 or post-COVID-19, I think that it's absolutely necessary for a leader to...
Read More

The cultures are all about maximizing sales, maximizing revenue, maximizing profit and it really didn't matter too...
Read More