Excerpts of India Power Talk with Franz Kolb, Utah, US

A lot of companies don’t understand that there is some serious purchasing power when it comes to a certain segment of the population in India, and

When it comes to education, India is ripe for foreign universities – Franz Kolb.

The race to find a medical solution at some stage may come to an end, but our race to find an economic solution may continue for some time. Today we may not have any authentic data to assess the direct and indirect damage to the global economy but the damage is certainly going to be huge. It is important for us to put our heads together to find solutions, strategies and gain some insights from experienced leaders like Mr Franz Kolb, Director of International Trade and Diplomacy at the Governor’s Office of Economic Development in Salt Lake City, Utah.

Franz Kolb reveals how his first task when he came to India was to find out how important India is to the economy of Utah, and what the opportunities were.  “Salt Lake City has been the capital of the State of Utah from 1847 to today and is over the years the number one economy in the United States. This was possible through collaboration, through working together and I will be pointing out some of those things that made us what we would call ‘desert bloom’,” he reveals. “When we came to India in 2010, we found a young population that is willing to learn. We found people that had a great work ethic, that needed infrastructure to bring the best out of them. To me, it was not a surprise because we have this great diaspora of India here in Utah. I’m originally from Salzburg, Austria, but no country in my life has changed me more than India. And I say this very sincerely.”

Colorado and Salt Lake City are mountain states/cities, and investment from these mountain states in India is huge, which is not really talked about, I comment. “ Yes,” agrees Franz, “What we have done over the years – we meaning Utah specifically and also some of the intermountain states – we have internationalized our economy. We in Utah are one of the leaders and the reason is we have made a commitment. One of the ways to internationalize the economy is to educate the people. So one of the tools of the 21st century is to teach the next generation languages. The languages of the world. So we are speaking in Utah of 133 languages for conducting daily business activities.

Talking about the challenges posed by the current pandemic, Franz says, “It’s a challenge for the governments between shutting down the economy versus the health of the people. What is that balance? How can we make sure that our economies will survive COVID-19? What’s important is there are countries that are very export-focused such as India. So that will have an impact on India. But the key is in the specialization – to determine what are the competitive advantages. What is India good at? And then they will continue to be able to export to various countries including the United States.”

While we have large corporations in India, I admit, we also have a huge population of medium and small-sized enterprises and they have a huge potential. We have, in fact, around four million small and medium enterprises. They are hungry for capital, they are hungry for technology. They want to collaborate. They want international brands to work with. What would be his advice to them, I want to know.

“So here’s something interesting,” reveals Franz, “In Utah, 92 percent of companies are small and medium-sized companies and we consider them as the backbone of Utah. We sat everyone around the table and we said the government is not creating jobs –  it is businesses that create jobs, it’s the businesses that take risks. The entrepreneur takes risks and so there should be a reward. That’s what our governor always says. The thing was, taxation is also very important but doesn’t tax us to death. Now I need to tell you here that the state of Utah has a tax rate of five percent and out of that five percent, 41 percent goes into education. That’s the way we strengthen our education. What needs to happen is there needs to be an environment that rewards entrepreneurs and risk-takers. We have developed small business development centres, we have seminars, we have a Governor’s Office of Economic Development (that I work in) that helps companies for example to get government contracts.”

Talking about guiding and educating, the Indian government is very keen that foreign universities commence their online programs or even have their campuses. Did he think that global universities should look at India as a place for campuses?

“I think when it comes to education, India is ripe for foreign universities. It is incredibly important,” insists Franz. “And I have never in my life seen more dedicated students than I’ve seen in these schools. In order for India to prosper in the 21st century, education is absolutely important. There will be more international education organisations coming in and they should collaborate with existing universities. Since the demand is there, universities from everywhere should come over there. And I think it would be a very very fertile ground.”

Having said that, he cautions, “Skill-based education or vocational education is very important because everybody only talks about universities. We have this issue here in Utah as well. In fact, we have that in America. But it’s these skills that I believe are important, that are transferable. There are some people that just don’t want to go to universities, who don’t maybe have the aptitude to go to the university. It’s this skill-based education that I believe is incredibly important in India, that will help in rural communities. People just don’t have access to Universities, and I think that should be formalized too.”

I concur. In fact, I tell him, there are a large number of students who are school dropouts because of financial constraints or otherwise. In rural areas, there are not many higher education schools. So in India, there is a huge opportunity for global institutions in technical skills or vocational training.

What would be his strategic takeaways for the foreign companies who are looking at India to set up their base? What would be his advice for educational institutions globally? “As far as companies going to India are concerned,” says Franz, “I think one of the first things is that they should not go there for the short term, they should go for the long term. I think it’s important that India when it comes to the 21st century, will be a leader. My other advice would be to get a mentor in India.  A lot of companies don’t understand that there is some serious purchasing power when it comes to a certain segment of the population in India. It is just phenomenal what these opportunities are. I think for educational institutions the time is now to go over to India and start out with maybe small collaborations, and then, later on, they will expand. Times are tough. Let’s be honest. Times are tough now but tough times are when you really know who your friends are.” 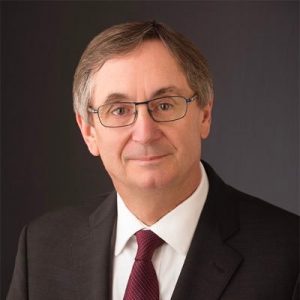 Director of International Trade & Diplomacy for the state of Utah, US